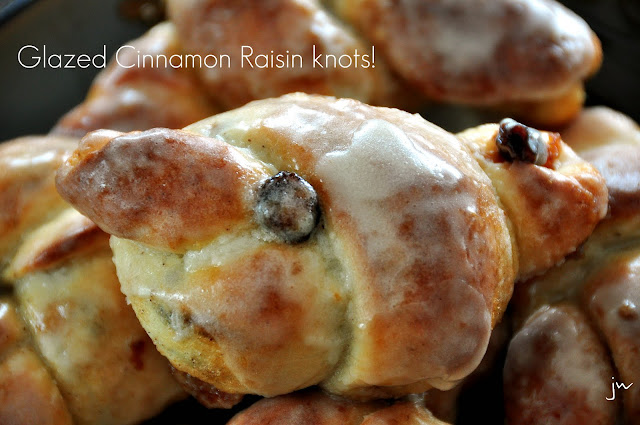 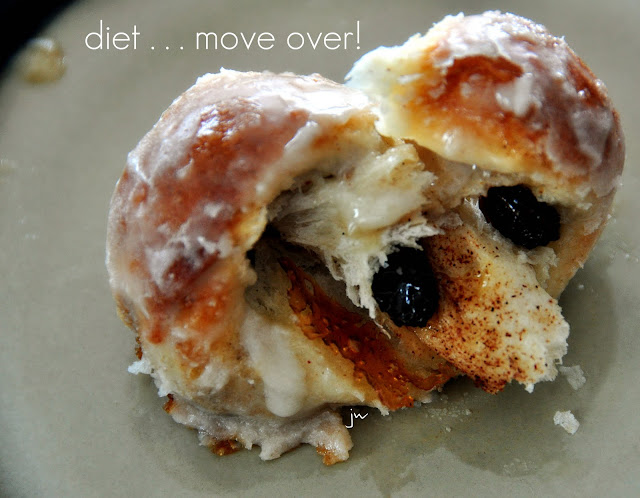 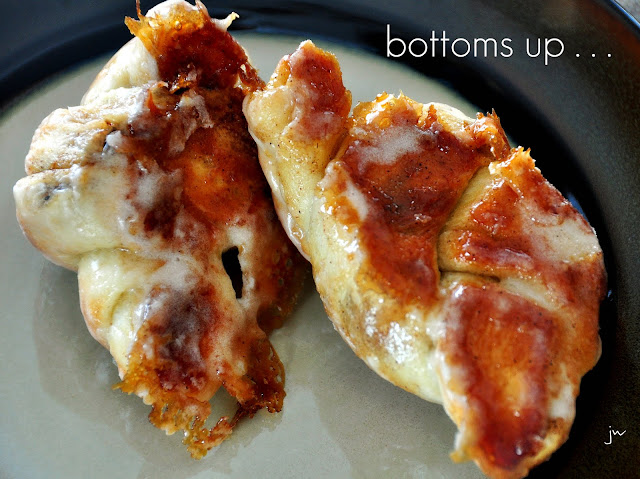 SWAP your hubbie one of these, for the channel changer!

GLAZED CINNAMON RAISIN KNOTS
Texas size frozen Rhodes Roll dough
*as many as you like
Cinnamon
Brown Sugar
Butter
Raisins (optional)
Directions:
Thaw Rhodes rolls, but leave a slight chill on them.  Flatten with rolling pin.  Brush with melted butter. Sprinkle with Brown Sugar, Cinnamon and then a few raisins.  Make sure raisins are on top, because they are much easier to roll that way.  Trust me here!
Roll up jelly roll style, making sure to pinch all seams together very well….including the ends.  Roll into a nine inch rope.  (See pic’s above)  Plop in melted butter, and roll in Brown sugar, cinnamon mixture.  Place on greased baking sheet.  Let rise until double in size.  Bake at 350 for 20 minutes or until golden brown and done through.  These take slightly longer to bake than the parmesan knots and the orange knots, because they are filled.
Glaze with Icing, and EAT!  So very simple.
GLAZE:
1 cup powdered sugar
1 tablespoons melted butter
2 tablespoons milk
1 teaspoon vanilla.
Combine powdered sugar, milk, butter and vanilla and mix well.
Use a pastry brush and glaze over the tops and sides of baked rolls.
*If glaze isn’t quite the right consistency for you, simply add more sugar or more milk.
This is enough for about 10 rolls – double this if you are making more.
You could also make:

Cinnamon and Sugar Glazed Orange Knots
Need some more snacks for the big game:
I also made Parmesan and Cinnamon and Sugar Pretzel bites with glaze!  Check back tomorrow for recipe and pictures, as well as other yummy snack ideas. Simple!