It’s cloudy and rainy today.  I kind of enjoy it, as long as I’m tucked inside the house warm and dry.

Rain and darkened skies, usually bring out the bread baker in me. As I look over this blog, two of my favorites are these pull-a-part breads.  They are not only delicious, but fun to eat!

I thought you might like to see, how I create these breads.  You can use my homemade roll recipe, a loaf of frozen bread dough or your own favorite cinnamon or orange roll recipe. 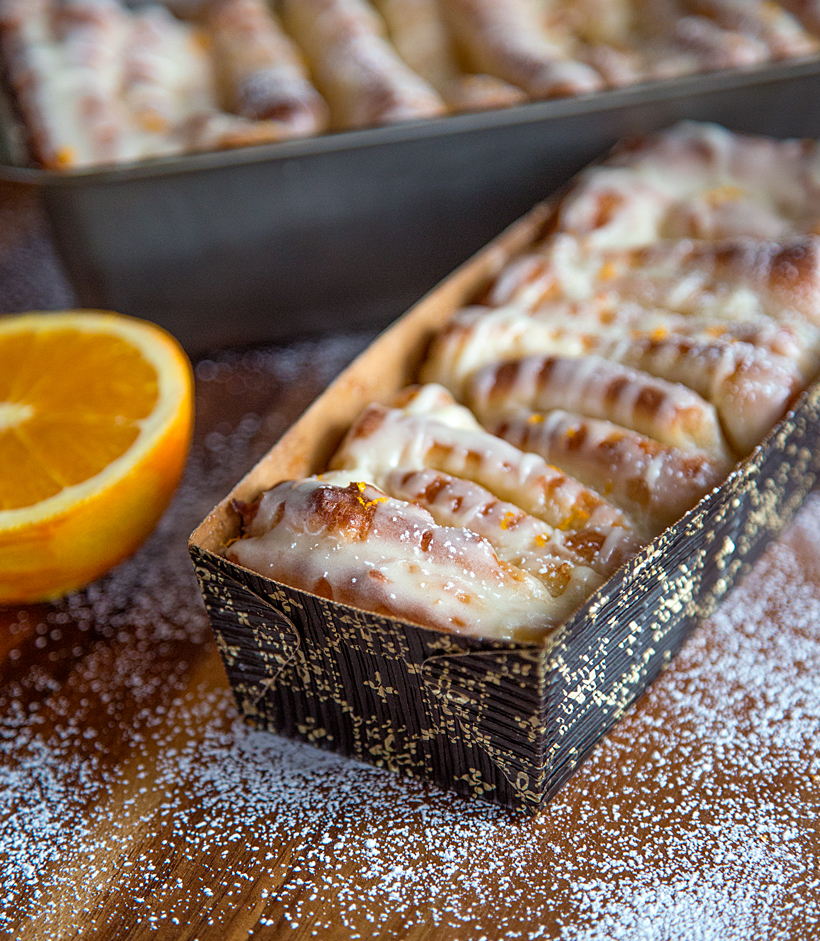 If you have a little time on your hands, make Orange rolls or Cinnamon rolls and save some of the dough to make Pull-Apart Bread.

If you are a bit short on time, you could use a loaf of Rhode’s bread dough instead. You can find this in the freezer section of your grocery store.  You simply let it thaw until it’s pliable, then you can roll it out the same way,that you would homemade bread dough. I’ve used Rhode’s bread and roll dough on many occasions! 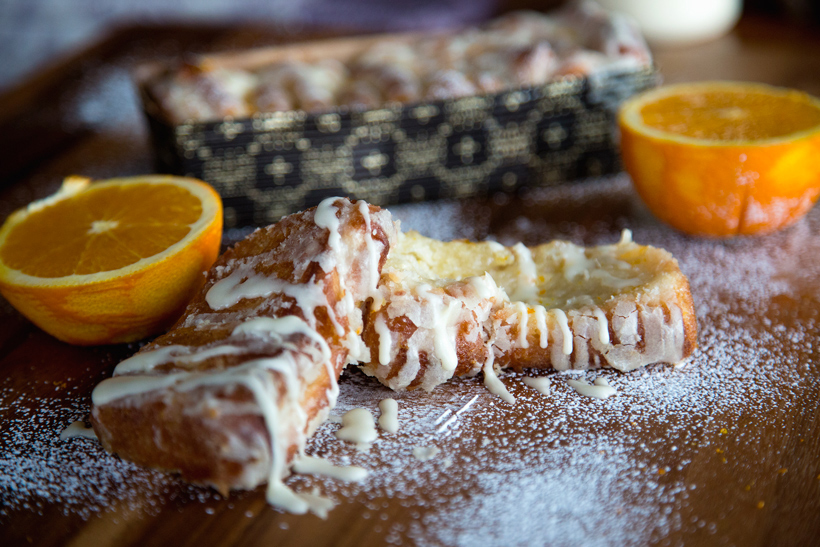 Orange Coconut Pull-Apart bread is basically just cutting the glazed bread into squares and stacking it—instead of creating individual rolls. Pretty simple but quite pretty and really fun to eat.  I halved the homemade Orange roll dough and made pull-apart bread as well as Orange rolls.  Let me walk you through a few steps. 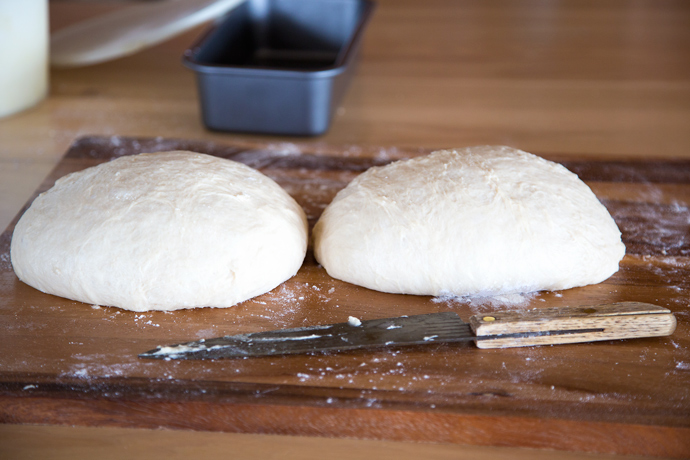 I like to make my Orange glaze first – (this goes on top of the rolled out dough) cover it and set aside – so it’s ready. Note:  I usually always double the recipe right below.

If I’m a bit slow, and the butter/sugar mixture has set up too much, I just re-warm slightly in the microwave.

For Rolls:  Make sure that you pinch the seams together very well, before cutting the rolls.  I always use string to cut my rolls instead of a knife or pizza cutter.  It makes a nice clean cut every time. Place the cut side down in your prepared pans.  One half of the dough made 18 good sized cinnamon rolls.

The Cinnamon roll or Orange roll dough that I rave about . . . only has yeast as a rising agent.  It also has eggs in the recipe. The rolls rise higher, are more bread like, tender, light & fluffy. Orange rolls to die for.

If you do want to make Orange rolls, and need some picture help go here:

This Cinnamon and Sugar Pull-apart Bread is also quite dangerous!

It’s super fast and easy because you can use that frozen Rhode’s bread dough.  You could always use this same process with homemade dough as well.

A simple loaf of frozen bread dough transformed into magic.

Slice your still COLD bread dough into thin slices. 24 to be exact. Don’t slice too many at a time or they will thaw and get soft on you.

Slice a few, dip in butter and roll in Cinnamon & sugar and place in the greased loaf pan . . . repeat.

Eventually . . . your loaf pan will be full.  I only have 14 to 15 slices.  That is A o.k.  Cover your pan or pans with loose plastic wrap.  I sprayed mine lightly with cooking spray so that it wouldn’t stick to that beautiful Sugared top as it rises.

Let the bread rise until it’s at least double in size. I actually let mine rise a tad longer than that.

In a hurry?  I pre-heated my oven to 170 degrees, then I TURNED THE OVEN OFF.  Lay a clean kitchen towel across the rack in the oven, and set the loaf pans on top of the towel.  Close the oven door, and let the bread rise up beautifully in the pan. It doesn’t take as long this way.

NOW:  TAKE THE LOAF PANS OUT OF THE OVEN.

Preheat your oven to 350 degrees.  Place the loaf pan back in the oven (middle of the oven) and bake for about 30 minutes.  Note:  I noticed that the bottom didn’t seem quite brown enough for me.  I lowered the rack to the lowest it would go, and baked for an additional 3 to 5 minutes so that the bottom of the bread loaf was golden brown.

You really can’t sit around . . . make your glaze!

Oh . . . the bread is ready and it smells really good.

If you rest your loaves of bread on a rack, spray it ever so lightly with cooking spray.  The glaze doesn’t stick to the rack.

This bread is delicious without the glaze, but heck . . . make it even better!  Drizzle some glaze over the top. 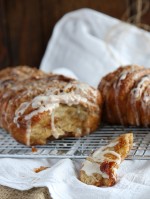 * Rhodes frozen bread or roll dough can be found in the freezer section of most grocery stores.