In this house . . . we like crisp, fluffy Waffles, and we tend to make them quite often.  You might say we are waffle snobs, a bit on the picky side. I have a tried & true waffle recipe that has been passed down for ages. It’s good, and never fails.

A nice breakfast seems to be gone with the wind, since we’re out the door quite early in the morning. To fix that problem, we simply must have waffles for dinner. A vanilla flavored waffle, served along side a fried egg is magic. Those who follow me, know that I put my waffle iron to good use.  It works over-time making crispy low-fat hash browns as well as waffles. In fact, I use it so often that it finally died.  While I was doing some waffle iron research and reading reviews, I decided on the Breville Smart Waffle Maker. While reading, I came across Pioneer Woman’s post, along with her waffle recipe.  She also was in need of a new waffle iron, and gave the new Breville Smart Waffle Maker a great review.  It’s a tad on the expensive side, but I have to say that so far . . . I’m very impressed. It’s almost too beautiful to use. In case you’re interested, William- Sonoma is a hundred dollars less expensive than Amazon.  That was a surprise to me . . . but so true. 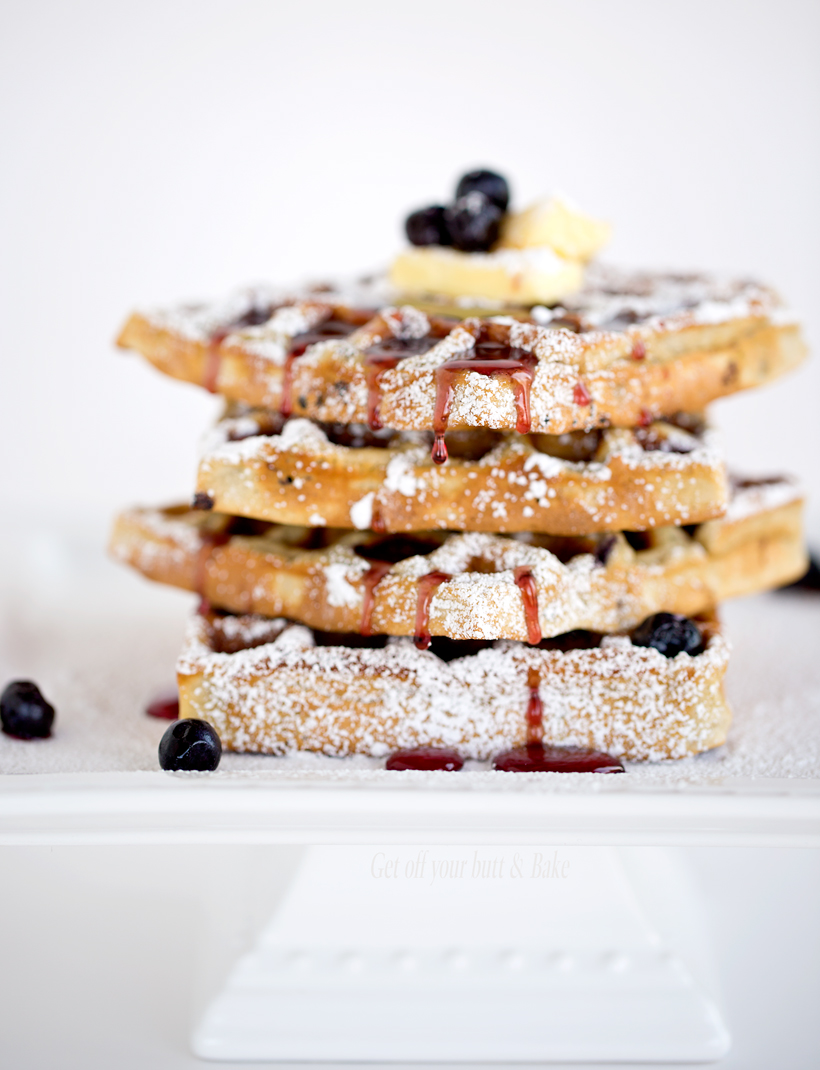 I have a sweet husband who has the ability to fix anything . . . just about anything.  One night I made waffle batter.  This waffle batter isn’t hard to make, but it does require a few extra steps.  I think you can imagine my dismay, when only the top plates of the waffle iron heated. One side was nice and brown, the other . . . soggy.  The fix – it – all  guy in this house, tore into it!

He fixed it.  I was a little bit happy.  I was a little bit sad.  Half of me had planned on a new waffle iron, and that had just gone down the drain. It only worked well that night and after that, it refused to cooperate any longer. I quickly ordered the Breville, before he had time to dive into it again. hee hee 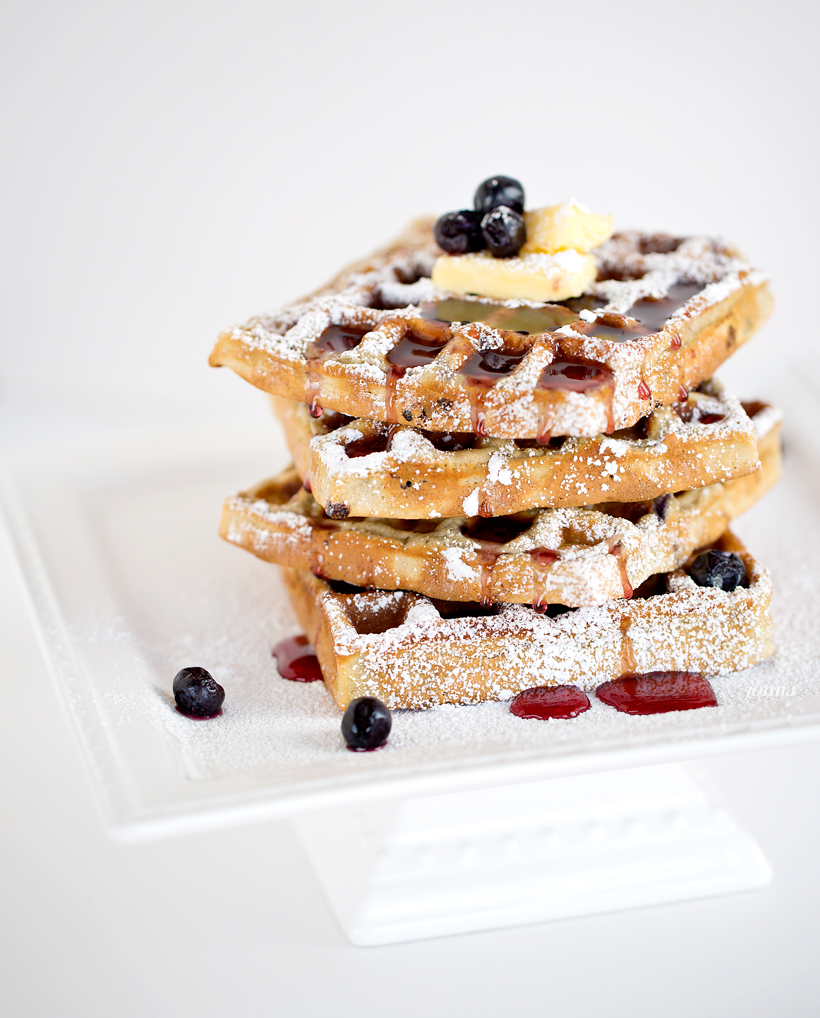 Tonight I added blueberries to the waffle batter, but they are good just left plain jane. We enjoy syrup on waffles, but they are also great sprinkled with cinnamon & sugar or confectioners sugar. That’s what we always got at Grandma’s house growing up.

If you can’t eat all the waffles you bake . . . that’s o.k. You can refrigerate or freeze the waffles, then just pop them in the toaster. They will be nice & crisp and delicious again. 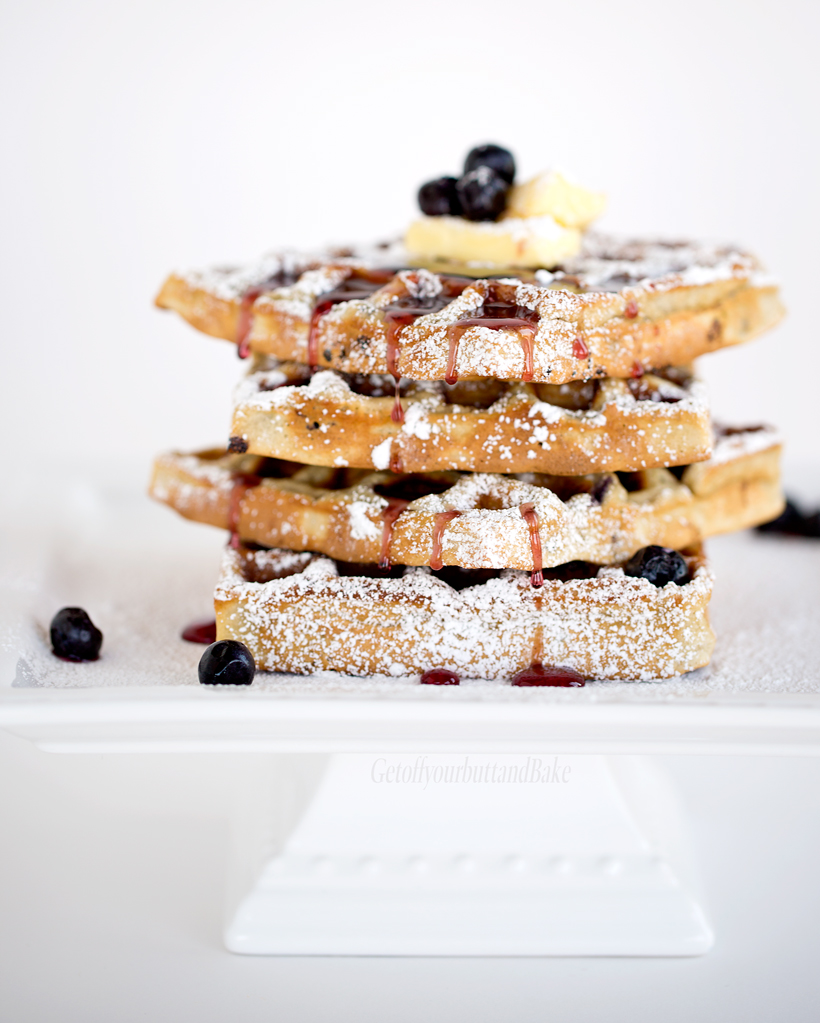 So . . . how does this recipe stack up to my tried & true?  Well, I really can’t tell the difference!

Make waffles for dinner . . . or breakfast . . . You will never make waffles from a mix or a box again. 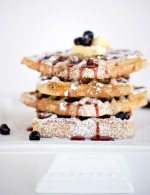