One of those guilty pleasures. 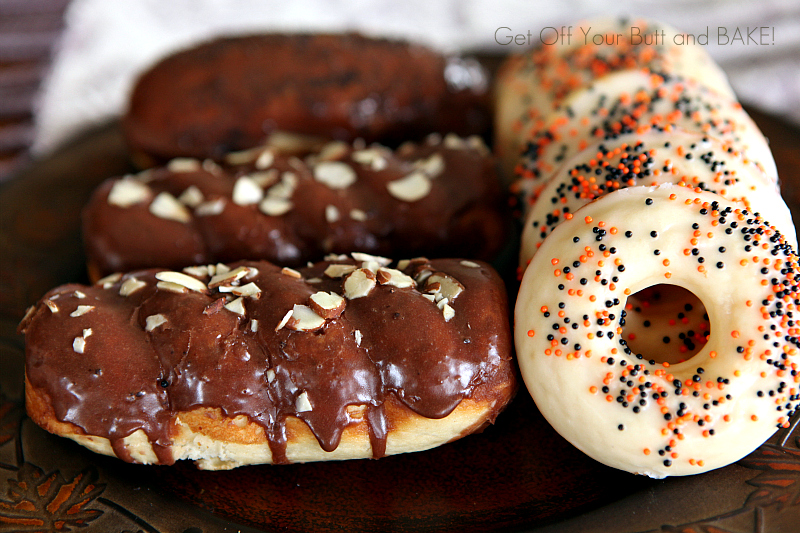 I’ve made cake doughnuts in the oven before and they’re good . . .but they don’t hold a candle to a just fried, glazed doughnut.  These doughnuts, just might be the next best thing. When I saw this recipe on Brown Eyed Baker, I knew that I must put them to the test. I’ve actually tried several baked doughnut recipes and chucked most of them! 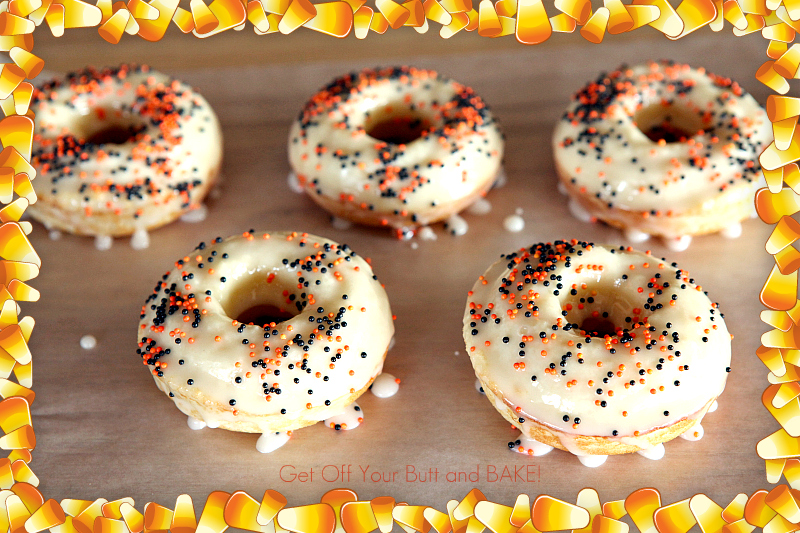 These are not cake doughnuts, rather simple yeasted doughnuts that are BAKED! The yeast in the mixture results in a lighter, fluffier doughnut that we are all used to. Once coated with a glaze, a drizzle of chocolate, powdered sugar or a simple cinnamon-sugar mixture they are pop in your mouth good! I’m still not ready to admit that these are better than fried . . . they are not, but the hips don’t lie! 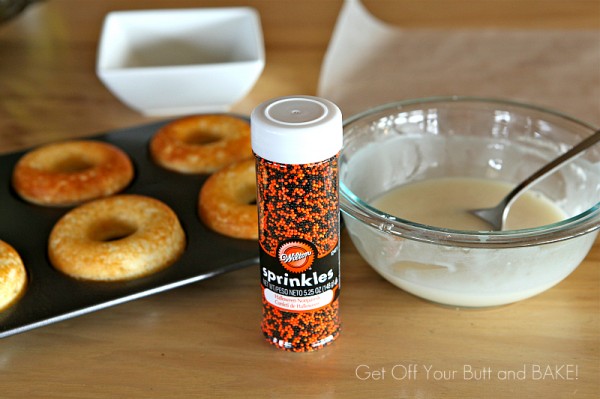 I found the doughnut pans at Walmart.

In the bowl of your stand mixer with the paddle attachment, beat the egg and sugar on medium speed for about 1 minute. Add in the milk, yeast, salt, and vanilla. Turn the mixer to low, and then add in 2 cups of the flour. Attach the dough hook and then on medium speed, add the butter one piece at a time until smooth. Reduce the speed to low, and then add the rest of the flour until the dough sticks to the hook and pulls away from the sides of the bowl. It should be soft and moist, but not sticky.

Turn the dough out on to a lightly floured surface and knead until smooth. Place in a mixing bowl coated with cooking spray and cover with a damp towel. Let rise until doubled in volume, about 1 hour.

Punch down the dough and roll it out to about ½” thickness. With biscuit cutters, cut out 3″ circles with 1″ holes. Preheat the oven to 400 degrees. On a baking sheet lined with parchment paper, place the doughnuts 1″ apart. Cover with plastic wrap and let sit on top of the preheating oven until almost doubled in size, about 25 minutes.

Bake until light golden in color, 5-8 minutes. Dip the hot doughnuts in the melted butter and then coat with the cinnamon-sugar mixture. Serve immediately; doughnuts are best eaten the same day they are made.

Directions:
Mix all ingredients together until smooth.  If the glaze seems a big too runny, add more powdered sugar.  If the glaze seems too thick, add a bit more water or milk.  Dip 1/2 of the doughnut into the glaze, and then rest glaze side up on wax or parchment paper to dry.  Top with nuts or sprinkles before the glaze sets up.
Note:  To make the Chocolate glaze, I simply added a bit of Cocoa powder to taste.  A little goes a long way!
For the best doughnut recipes under the sun: